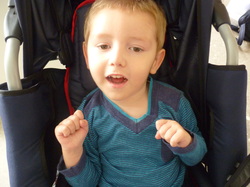 Living with owen certainly has it's ups and down's, it can be mentally, physically and emotionally draining at times, but isn't everything in life.

i have a very good routine with owen. it's not a routine that has to be done there and then otherwise everything's ruined for the day, it's more a relaxed routine, owen doesn't understand things as far as i know, but he know i guess in a way that when i get him up in the morning it's milk and med's followed by washing, changing and then at bedtime i think he know's it's bedtime as we listen to in the night garden on cbeebies and i sing the song's to Owen while getting him dressed ad washed before bed, then it's milk and med's and to bed with a song and his starry light's on his wall

you can have good day's with Owen, but you can also have bad day's as you would with any child except owen's bad day's consist of being ill and good day's lots of smiles, which is more or less everyday at the moment. 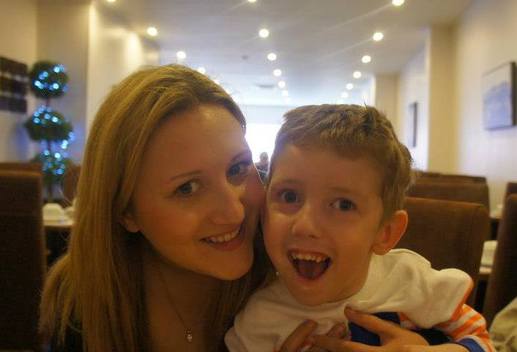